Counter Strike seems to be a perfect game that’s easier to spoil than improve by changing its features. It’s everyone’s favorite shooter where thousands of players feel great running down the dusty roads and winding corridors of the previous CS chapters. But Valve managed to make it even better without repeating the mistakes of the past.

The core of the game, as always, is the tactical target multiplayer. A terrorist team seeks to plant explosives, or hold hostages. The special forces team must prevent the bomb from exploding, or, in the case of hostages, save them. Victory is achieved by completing a goal, or by destroying an enemy team. For killing an enemy and winning a round, players are credited with money for which they can buy weapons and equipment at a specially designated time period at the beginning of each round. The arsenal includes many different types of firearms: pistols, submachine guns, assault and sniper rifles, machine guns, grenades and personal protective equipment. Each weapon behaves in its own way and is suitable for a separate spectrum of tactical tasks. Thus, an extensive selection of weapons gives the player flexibility even within his chosen tactical role, opening up also many options for team interaction.

The good old server browser also works, where you can find servers with other settings and maps. Actually, as regards the maps themselves, fans will find here slightly modified hits from previous years. I would even say “smash hits.” There are no critical changes, but the additional walkways and corridors on Dust 2 and Italy are surprising. Nevertheless, it is noticeable that they were delivered in places with long walkways, from which there was no other way out before – they became a convenient place for campers. Now these passages are modified and there is always the opportunity to go into a closer fight, where the advantage of a sniper will no longer be so significant.

The Counter-Strike: Global Offensive interface is crammed with additional information that helps you immediately determine the number of live participants on either side and the score. There is a new circular menu for purchasing weapons and a modernized view in the spectator mode no longer allows you to fly on the map and watch the enemy. Other minor updates are also present, but it would be too long to talk about them here. So why don’t you explore the world of CS: GO on your own online?

The good old Counter Strike: Global Offensive is now available online! What can we expect from this marvelous game? At ...
Counter-Strike Condition Zero
4.3
3100

The city is seized by bad guys. Nobody can do anything about it and there is only one person who can deal with a ...
Terrorist Attack
3.4
1536 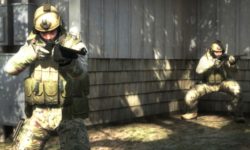 The secret of Counter Strike and its popularity is the simplicity of the gameplay. And Global Offensive managed to keep ...
CS GO
4.1
39040 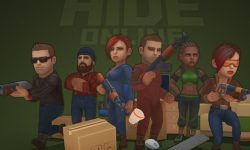 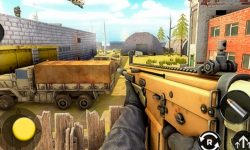